Berit is alot like her father in many ways. Seconds after leaving the dog yard she'll stand there right beside me. As happy as ever, talking with me with her growling sound that scares both people and animals alike. But she doesn't go anywhere, she never disappears nor run away. She only escapes the dog yard to be with me, to be with us. Likely convinced that I only forgot her there, in the dog yard. That she was never supposed to be there. That she was suppose to come with me. That I only forgot her, since she knows I can be forgetful. So she solves the problem herself. And jumps the fence.

The pure joy inside me when I see Berit and her siblings, and realise the heritage after Nanook - their father - remains within them, that is heritage and soul didn't disappear with him. As him, Berit became a leader  - which maybe was written in her soul already when she was 4 weeks old. She became as good as him, same thrive. Same wild soul, same controllable yet totally uncontrollable soul.

She talks alot Berit. Wants to tell me about her day, what she's been up to. Who stole her chewing bone over there in the dogyad (or in recent years, tried to...). And at the same time whine some about me for being away for awhile. Though, after a few minutes cuddling and talking she roars and make clear that she does not have the time for this any more - cuddling with this old man - and runs away to some corner of the dog yard she decided to be hers. And I love her for it. 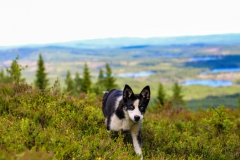 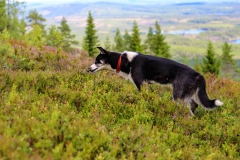 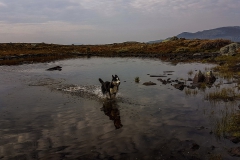 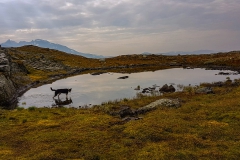 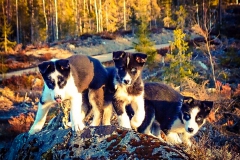 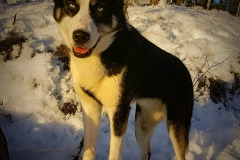